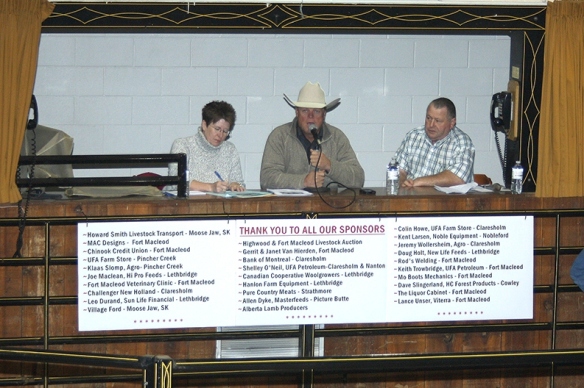 The ram sale came into being as a result of our (Warren and Norine Moore) lack of time to sell rams in volume at the ranch. With Warren’s buying lambs and selling to Calgary stores there was no time left to accommodate buyers the way it had been done for the previous 15 years. We enjoyed buyers coming to see what we had to offer, and we became friends with many of our buyers. We do miss the personal aspect of selling from the ranch.

In the fall of 2005 after much consideration and discussion with friends we decided to host our first sale, and Fort Macleod Auction Mart was chosen as the site. We have always sold yearling rams, so it took a year for our guest consignors to join us as they had always sold ram lambs. Our first guest consignors were Andy and Frances Pittman, Picture Butte Alberta, Joe and Freda Horton, Keremeos B.C. and Charles and Bev Weber, Princeton B.C. At the end of the third year the Webers opted out and Bert and Andrelei Grisnich, Fort MacLeod Alberta were invited to join us. Also, Graham and Janice Rannie of Binscarth, Manitoba were invited to consign Rambouillets. 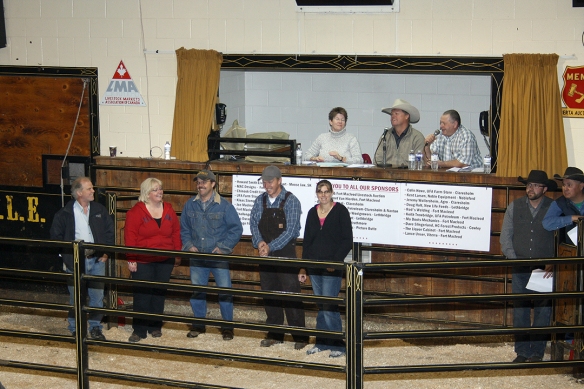 In 2012 the sale became known as the Pound Maker Ram Sale hosted jointly by Warren and Norine Moore, Andy and Frances Pittman and Bert and Andrelei Grisnich. After the 2012 sale Graham and Janice Rannie opted out due to distance and time constraints.

When the sale started in 2006 there were 85 yearling rams offered. The numbers have grown to 110 rams of the following breeds – Suffolk, Dorset, Hampshire, Rambouillet, North Country Cheviot and Coloured Romney.

The sale has come to be an annual event for a lot of producers but without the support of the consignors/partners and buyers this sale would not have come to be. 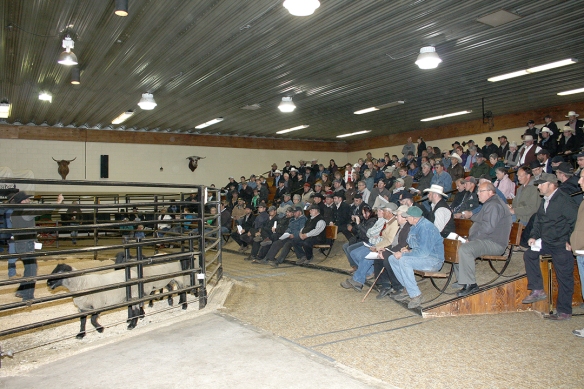